“If there’s an emergency at night,” Casper said, “don’t go looking for a bunker — your room is a bunker.”

Casper is one of the managers of the place. And after the signing in process he showed me around.

He pointed out the PX shop next to Reception, which I was later to discover was selling all manner of things from biscuits to bicycles.

We walked through the shaded outdoor seating area of the Nibble and Nosh café. We climbed a few steps to the upper floor of the Camp Cotton accommodation block and Casper told me the code for the buttons that would get me through the outer door.

After dropping my bag in the allocated room, Casper pointed out how to get to the main dining block. He told me there was a well-equipped gym, but after a look at me he didn’t bother to tell me where to find it.

And so I settled in my room. It may have been a bunker but, apart from having no window, it was quite un-bunker-like.

There was a double bed, a wardrobe and work-space, a bathroom with a hot water shower, air-conditioning, a fridge, Wi-Fi and a multi-channel TV to keep me in touch with the world outside this well-guarded enclave of Amisom, embassies, UN compounds, camps like the RA — all clustered within what is known as the MIA.

Tarzan, the previous Mayor of Mogadishu, was not at all fond of the MIA. He told me such when I interviewed him a few years ago. “I’m not going there any more,” he said. “If people want to see me, they will have to come here to my chambers.”

But let me give you his proper name: Mohamud Nur. I finished reading the excellent biography of Mohamud ‘Tarzan’ Nur while I was in my Mogadishu bunker this time. It is written by the BBC journalist, Andrew Harding. He calls it The Mayor of Mogadishu: A Story of Chaos and Redemption in the Ruins of Somalia.

As Andrew Harding says, Tarzan’s life story is “a story of reinvention, defiance, and ambition — of an abandoned child, turned restless teenager, who fled from war and then dared to return home from exile, to a city of ruins, to fight his own battles”. So Tarzan’s life story is the dramatic centre of the book, but through telling it, Harding is also telling much about the recent tumultuous history of Tarzan’s country.

Tarzan was born of a poor nomadic family across the border in Ethiopia. He was taken to an orphanage school in Mogadishu.

It was there that he earned his nickname by jumping out of the dormitory window to swing on the branch of a tree.

When the city was torn apart after the fall of President Siad Barre, he found engineering work in Saudi Arabia.

Eventually, he became a refugee with his family in London, where he spent 20 years as a leader of Somali diaspora groups and the owner of a cyber cafe. In 2010, with the transitional government in place but with al-Shabab still occupying large swathes of south-central Somalia and carrying out guerrilla attacks in the city, Tarzan became the Mayor of Mogadishu. He is now the Somali Ambassador to Kenya.

On my first morning in the RA Camp, I climbed to a high point to see if I could see the sea. Apart from the watch towers, the MIA was spread out with blocks of low buildings like a massive commercial area on the outskirts of a European city.

When he was still the mayor and I went to meet him in his office, I saw a painting that he had displayed at the entrance.

It was his vision of a rebuilt Mogadishu — an elegant city of white spires beside a blue ocean. According to Harding — and certainly Tarzan — there can still be hope. 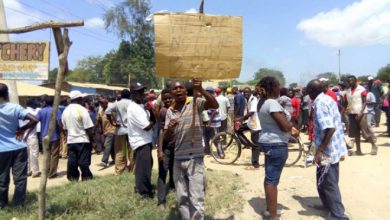 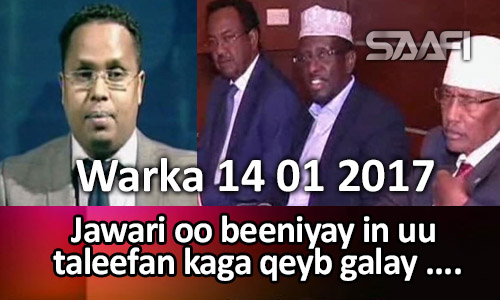 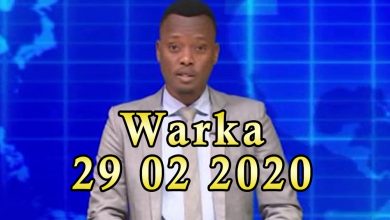 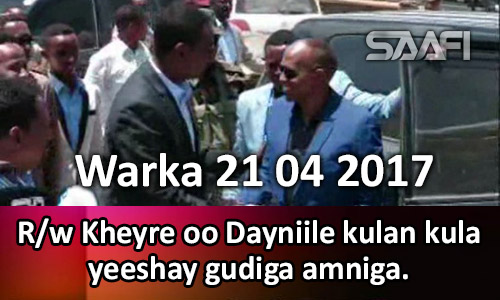 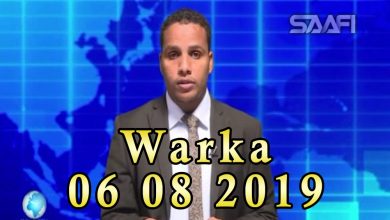 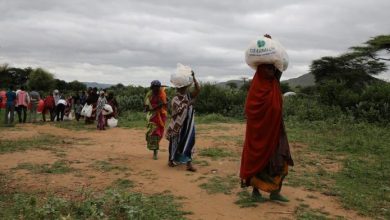