Dozens of civilians have been killed and wounded in Somalia as US-led airstrikes against Islamist militants increase to unprecedented levels, a Guardian investigation has found, raising fears that Washington’s actions could bolster support for extremists.

The escalation in strikes is part of the Trump administration’s broader foreign policy strategy in Africa and the Middle East. There have been 34 US airstrikes in Somalia in the last six months – at least twice the total for the whole of 2016.

Regional allies active in the campaign against Islamic extremists in the east African country have conducted many missions too. These appear to be the most lethal for civilians.

Almost all the strikes target al-Shabaab, the al-Qaida affiliated extremist movement fighting to establish an Islamic state in Somalia for more than a decade.

The Guardian collected and investigated scores of reports of airstrikes over the last 12 months, checking claims in local media with western and local officials, medical staff, witnesses and relatives of victims.

In five attacks since July, more than 50 civilians appear to have been killed or injured. At least two involved US aircraft.

Further casualties are likely to have been caused by other strikes but have gone unreported.

Five civilians were killed and two wounded in an airstrike on a village on 6 December, witnesses and hospital staff said.

In another incident, in October, residents, and medics reported up to eight civilians being injured in an airstrike during fierce fighting in Lower Shabelle province.

The previous month, four herders were injured when a waterhole near the border with Kenya was bombed.

In August, seven members of a family including small children died in a strike in southern Jubaland, relatives said. Officials said all those killed were extremists.

A month earlier, four people, including three children, were killed and eight wounded in an airstrike on a village near the southern port city of Kismayo, relatives, and witnesses said.

Though the intensity of the recent strikes is unprecedented, the use of air power in Somalia has been steadily increasing since before Donald Trump became US president.

A recent UN analysis described 74 airstrikes between January 2016 and October 2017, resulting in 57 civilian casualties. Only 14 of these strikes were “the US supported”, and the report blamed Kenyan forces in Somalia for 42 of those casualties.

Kenya contributes troops and three attack helicopters to Amisom, the 22,000-strong African Union military and policing mission in Somalia. Kenyan forces are also believed to have conducted their own strikes in border areas, through Nairobi denies this.

Most airstrikes hit deep into the territory held by Islamist militants and confirmation of claims of civilian casualties, even when made by relatives of those hurt or killed, is difficult.

Some of the dead or injured may be fighters with armed tribal militias who are technically civilians, though sometimes align with the militants.

Al-Shabaab also routinely exaggerate the number of civilian casualties, and communities are sometimes tempted by the prospect of compensation to support such claims.

The sudden increase in the use of air power in Somalia by the US come after the relaxation of guidelines intended to prevent civilian casualties and a decision by the Tump administration to give local military commanders greater authority in ordering attacks.

A huge bomb that killed 500 people in Mogadishu in October – the latest in a series to target the Somali capital – has added extra impetus to the new US efforts.

Senior humanitarian figures have expressed growing concerns about the potential humanitarian cost of the offensive.

Michael Keating, the UN special representative in Somalia, said: “All those who are using military means in one way or another [in Somalia] claim that they have standards when it comes to the protection of civilians but are not translating their principles into practice. All actors could do more to protect civilians.”

In a phone interview, Ibrahim Mohamed Abdullahi, a resident of Illimey village, which is about 80 miles (130km) south-west of Mogadishu, said a projectile killed five people and injured two others on 6 December.

“Farmers had gathered at a tea shop … when the drone began to fly over … Some of the victims were passing on the road while some were inside drinking their afternoon tea. Five died on the spot. They are not killing al-Shabaab. They are killing civilians,” he said.

Hospital officials in Mogadishu confirmed two casualties – an 18-month-old girl and a 23-year-old man – had been brought with shrapnel injuries because a clinic nearer Illimey was without electricity.

A US spokesperson said there were no US airstrikes in Somalia on 6 December.

The strikes in October in Lower Shabelle took place during fierce fighting between government forces and al-Shabaab. A number of militants were killed, but eight civilians in the village of Awdhegle were also injured, locals said.

Muse Xirey, an elder, said three women, a child, and four men were transported to Daru al-Shifa hospital in Mogadishu when their house was hit.

“They were herders and farmers, not al-Shabaab,” the 56-year-old said.

A doctor at the hospital said two men and a woman injured in “an airstrike between Awdhegle and Barire” were treated.

US officials say a single strike was carried out, 35 miles south-west of Mogadishu.

A third incident took place at the village of Talaka near the border with Kenya after Kenyan troops withdrew. Al-Shabaab fighters moved in shortly afterward and were bombed, witnesses said. A watering hole some distance away was also attacked. Twenty camels were killed and four herders injured.

Kenyan forces have been blamed for the strike, but deny responsibility.

Between 16 and 17 August, the US conducted three “precision airstrikes against al-Shabaab militants, killing seven fighters” in the Middle Juba region, where there has been heavy fighting between government forces and militants, officials said.

Residents, local media, and al-Shabaab-linked outlets reported seven civilians killed by explosions in Ahmed Yare village, about 15 miles outside the town of Jilib, an al-Shabaab stronghold.

In a phone interview from Kismayo, Halima Sheikh Yare said her cousin Sheikh Mohamed, a “renowned cleric”, was killed along with his wife and five male relatives.

The 47-year said her cousin was a farmer as well as religious teacher and local imam, and not, as Somali officials claim, a local leader of al-Shabaab.

“ Al-Shabaab members are armed, but these were family members who stayed in their house and were not armed,” she said.

Hassan Muhumed, 31, a resident of Jilib who visited Ahmed Yare to check on relatives shortly after the drone strike, said al-Shabaab fighters had visited to address locals a day before the attack but had left shortly afterward.

“All those killed were civilians,” Muhumed said.

A spokesperson for the US military said an internal investigation had found allegations of civilian casualties near Jilib at this time were “not credible”.

The final incident investigated by the Guardian occurred during the evening of 18 July, in the village of Qabri Sharif, west of Kismayo.

Muhumed Kuusow, a local elder, said the children were playing inside their house when hit by shrapnel.

“They all died on the spot. The bomb was huge and the whole place was like a deep cave in the ground,” he said.

Hassan Sheikh Ali, who was director of Kismayo hospital at the time, said four casualties – all herders – were brought in.

“They told us there was an airstrike on the village on 18 July, killing several people and many animals,” he said.

Abdinur Mohamed, the provincial information minister, said officials in Kismayo were aware of civilian casualties in the strike, which he said was carried out by Kenyan planes.

A US official said there were no US air strikes in Somalia on 18 July.

The recent UN report found that al-Shabaab killed 1,223 civilians and injured nearly 1,500 others between January 2016 and October 2017. This accounted for 60% of the 2,078 documented civilian deaths and 2,507 injuries in the period reviewed.

Zeid Ra’ad al-Hussein, the UN high commissioner for human rights, said civilian casualties caused by regional or international forces, though only a small proportion of civilian deaths, were of utmost concern because they undermined the Somali population’s trust in the government and the international community and that this helped extremists.

One problem for the US is that its forces are often blamed for air attacks even when not responsible.

Tricia Bacon, a former counterterrorism expert at the US Department of State who is a professor at the American University in Washington DC, said airstrikes have a potent “disruptive effect” on militant organizations but also risked alienating civilian populations “you needed to turn against them”.

A Kenyan military spokesperson referred the Guardian to Amisom when asked about Kenya’s operations in Somalia. Francisco Madeira, the head of Amisom, said the force had “not been responsible for any airstrikes” in … Somalia in 2017.

A US military spokesperson said its forces complied “with the law of armed conflict” and took “all feasible precautions … to minimize civilian casualties and other collateral damage”. 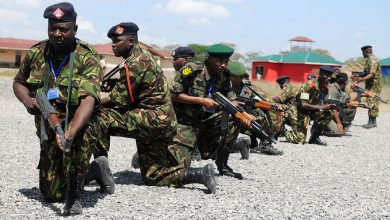 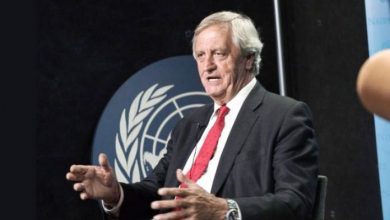 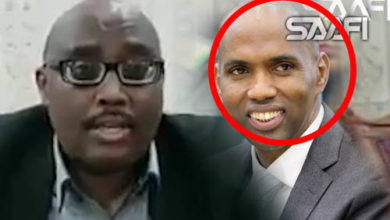 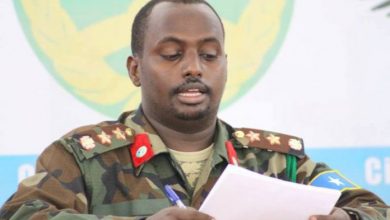 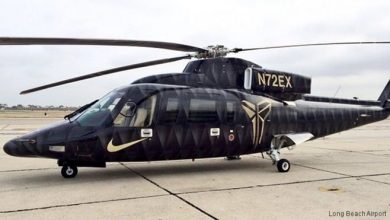 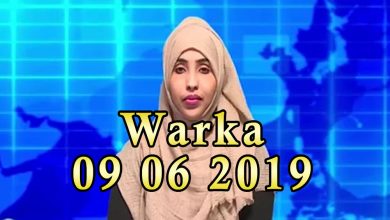