A recent flare-up of gun violence in North Etobicoke, has resulted in more than 300 Somali-Canadians attending a town hall meeting with politicians of the municipal, provincial and federal levels of government.

On October 21, Ahmed Hussen, Minister of Immigration, Refugees and Citizenship, hosted a meeting with the community to discuss public safety.

Positive Change, a group formed in the summer of 2012 to tackle youth violence in the Somali-Canadian community, made presentations at the meeting.

The group “is made up of mothers, relatives, friends and supporters of young men who were murdered in our city,” notes the group’s website.

It notes that in recent months, gun violence has, once again, spiked in the Somali-Canadian community, leaving families devastated and looking for answers.

“Several members of Positive Change spoke to the importance of having the Somali Liaison Unit (SLU) reinstated in North Etobicoke. The SLU had a hugely positive impact on the relationship between the Somali-Canadian community and the police,” it said.

The group said there were no definitive decisions about the questions raised by the community members, but Mayor Tory indicated that he would look into reinstating the Somali Liaison Unit. He also promised to meet the community again.

Meanwhile, Minister Monsef promised that she would contact Positive Change for a funding application.

Some concerned members of the community have called on Michael Couteau, Minister of Children and Youth Services, to visit the area, which they said is lacking in services for youth.

On October 19, the Caribbean African Canadian Social Services (CAFCAN) and Midaynta Community Service, with the support of East Metro Community Services, hosted a community meeting at the Jamaican Canadian Association, to take a collective action against the recent spate of violence in the city, in which Somali-Canadians, Abdulkadir Bihi, 29, and Zakariye Ali, 16, were killed.

Floydeen Charles-Fridal, the new executive director of CAFCAN, described the spate of deadly shootings as a crisis.

Jaafar Dirie, 30, who is pursuing his doctorate at the University of Toronto, says it is sad because, if one looks at the average homicide rate in Toronto over the last few years — which is about 44 murders each year — and then look at the murder rate in the Somali-Canadian community — on average between eight to 10 each year — it’s grossly disproportionate, in relation to the demographic population in Toronto.

Dirie was in Somalia, for one year, doing research and returned to Toronto in July.

“And it seems like a lot of the times it happens in clusters. I think this year alone, there’s probably been about five to 10 Somali youth, who have been killed due to gun violence,” he noted.

He said the resources are not there and thinks there needs to be a comprehensive strategy to address this issue.

“This entails a preventative strategy to make sure that our youth are not involved in gun violence in the first place, and then for those who are involved in gangs and the informal activities, to address that in intervention.”

A few years ago, Dirie was a researcher/organizer at the Urban Alliance on Race Relations (UARR), where he was involved in “The Bridging Project” — a qualitative research project, advancing knowledge of the experiences, barriers, challenges and successes of previously incarcerated self-identifying Somali-Canadian youth.

He said the comprehensive strategy would include community leaders, parents, and the Islamic centres as well.

Dirie says the youth need a wraparound support, which includes the educational system and that there was an attempt to address this with the Toronto District School Board and the Somali task force.

He wants the community to have an active prevention method to acknowledge what’s happening in the community, and to have extracurricular activities for youth to do in these communities.

“They don’t have afterschool programming, they don’t have extracurricular activities. Oftentimes, it might give them a little bit too much time to delve into other illicit activities. If we don’t have community safety networks, we don’t have these discussions with parents and community leaders, then that is something to look at. But right now, I’d say, predominantly, it’s got to be education, in terms of not just the TDSB and helping students of Somali descent, but also employment opportunities and creating awareness of what’s happening in the community,” he opines.

He said there are some programs that are taking place but they’re insignificant, in terms of what is happening in the community and the needs of the community itself.

His doctoral study in the Department of Geography is about the Tahriib movement – the migration of Somali youth from Somalia to Europe. It is an ethnography of these youth, their experiences and why they’re deciding to leave Somalia, and why they’re specifically choosing to go to Europe.

“I think, unfortunately, a lot of times things like this become a little reactive and it doesn’t help because it’s after the fact, after several young men have lost their lives, due to gun violence. But we need a long-term approach, not just when it’s in the media or not when there’s a cluster of shootings, but a long-term strategy to deal with youth violence in Toronto,” he said about the recent meeting held in the community.

He said, oftentimes, when one looks at these shootings there is an automatic assumption that these youth are involved in gangs, but there are legitimate cases where people are being targeted, just because of the community that they reside in, and have no affiliation to any groups or gangs and literally are innocent bystanders.

He said it has been a cycle and the Somali-Canadian community needs to work to break that cycle.

“I think those are the two predominant things that a lot of the youth are saying – one is that the media often portrays it as an infestation of gangs and guns but sometimes it’s innocent people; but just because of their names and where they reside, oftentimes people just jump to certain assumptions. And the second thing, we need to come together as a community to break the cycle of violence.”

In the recently-released interim Toronto Action Plan to Confront Anti-Black Racism, Julet Allen, program director of Delta Family Resource Centre, which works primarily with Somali youth, thinks that the Somali community is one of those that has not settled very well because many fled war in their homeland.

“Some of the children that they took with them were not children of their own, but they were trying to get the children out, so families would just take children to protect them, she said.

Allen believes that many did not learn how to deal with the trauma and, as a result, violence has been the outcome for some young people.

She is urging the government to address the anger and loss that they experienced and to offer support.

Mayor John Tory said the city has presented an action plan with five themes, 22 recommendations and some 80 actions that it can undertake.

“This is a real plan and I am committed to acting on it,” he said.

However, the doctoral student said the Somali community migrated to Canada in the early 90s and most of Somali youth that are involved in gun violence are under 25, so many of them were born in Canada.

“They didn’t migrate here and this isn’t something that they brought with them from Somalia and the war,” said Dirie, noting that he’s 30 and he came here when he was 4 years old.

He said Somalis came in the early 90s, even the late 90s and early 2000s, and there wasn’t any gun violence within the Somali community.

The majority of the gun violence started in about 2005, so for the first 15 years the community had no experience with gun violence, he claimed.

“It is not something that Somalis brought with them, but a lot of these youth, who are involved in gun violence and dying from gun violence, are youth who were born in Toronto and in Canada, that are Canadian citizens. I don’t think that’s an accurate depiction of what’s happening.”

The UARR is having cross-cultural dialogues and has been working with the Tamil community, he said.

“Whereas the Somali community didn’t have it in the 90s and now you’re seeing it in 2010 and so forth, so different communities experience different challenges at different times. I don’t think communities are a monolith.” 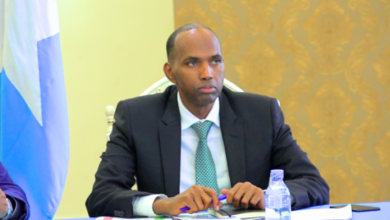 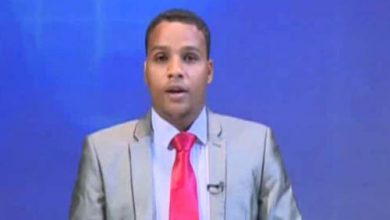 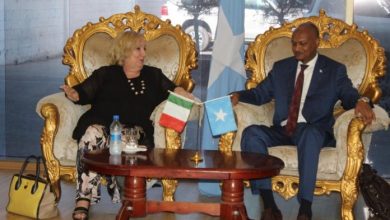 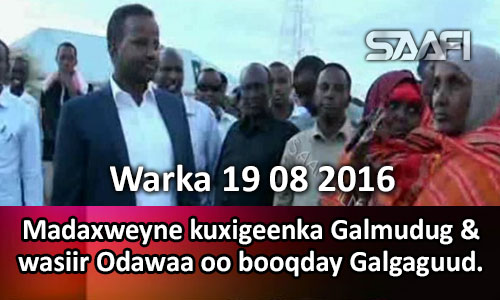 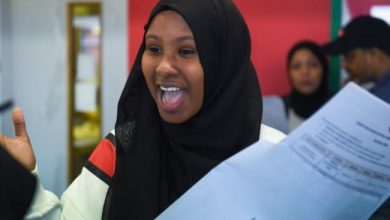 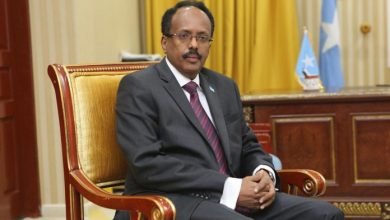