Somalis have barely lost a fight in recorded history. During the pre-colonial period, Somalis successfully fought against European colonial powers as well as other Christian empires in the region, such as the Abyssinians.

Somalis are traditional warriors and conquerors who never let their adversaries have the upper hand.

This is evident in the size of the current Somali-inhabited peninsula given the small number of Somalis compared to other adjacent countries. Somalis now occupy Somalia, Ogadenia (a restive region in Ethiopia), the Northern Frontier District (a region in North Eastern Kenya) and the majority of Djibouti.

During the colonial period, Somalis in different parts of the peninsula fought against European colonial powers as well as Ethiopia, a neighboring adversary that had ambitions to secure a sea route on the Horn of Africa.

The struggle for self-determination and full independence sparked British Imperial forces to launch the first modern airstrike in Africa in 1920 against Sayid Muhammed Abdullah Hassan, a Somali freedom fighter who led the anti-colonial Dervish state movement. Somali warriors have confronted multiple forces from the British, Italians and French and have on several occasions overpowered them.

After the collapse of Somalia’s military government in 1991, the international community intervened by sending UN Operations in Somalia (UNOSOM) peacekeeping forces to deliver humanitarian aid and help resolve the conflict.

However, the whole mission ended in vain after the troops engaged in combat operations against local militias and subsequently crossed the Mogadishu line. Consequently, two U.S. Black Hawk helicopters were downed and 18 American soldiers along with hundreds of Somalis were killed in the fight.

In 2005, 11 years after the withdrawal of the UNOSOM mission, Somalis took up arms against local warlords and factional leaders who were accused of collaborating with the U.S.’s war on terrorism to kill, capture or extradite local imams and religious leaders.

The warlords were dislodged from Mogadishu within a couple of weeks and the majority of the country – the south and central regions – underwent a short period of tranquility and stability thanks to the leadership of the Union of Islamic Courts (UIC). At the end of 2006, U.S.-supported Ethiopian forces invaded the country and overthrew UIC rule. Again, Somalis took up arms against Ethiopia, a neighboring historical adversary, and within two years, Ethiopian troops, considered to be the strongest military in Sub-Saharan Africa in terms of numbers and quality, were ejected from Mogadishu and its neighboring provinces.

Now, despite all those successful uprisings against foreign interventions and warlords, Somalia faces its greatest threat ever since its proclamation as a nation in the form of al-Shabaab.

The al-Qaeda-affiliated group wreaked havoc on Oct. 14 after it detonated a massive explosives-laden truck on a busy road in central Mogadishu, the country’s capital and largest city. In addition to property loss, the bombing, the largest and deadliest in the country’s history, claimed the lives of more than 350 people and injured hundreds more.

The incident drew a large national and international outcry with thousands of Somalis taking to the streets of Mogadishu in protest of al-Shabaab, denouncing its evil acts. This was the first-ever massive demonstration against the group and most probably will serve as a cause célèbre for Somali’s upheaval to depose Africa’s deadliest terrorist organization.

Since the collapse of the central government in 1991, there has never been a time Somalia has been closer to peace and political stability than today.

The country now has an internationally recognized federal government and a president considered to be the most favorite after Siad Barre, the long-time military leader. Federal member states, although some of them are newly established, are effective in all regions of the country except areas under the control of al-Shabaab. Given all these elements, a military offensive against the group is not only imaginable, but also imminent.

A trap not to fall into again

However, any decision to add Ethiopian troops in the campaign will eventually be in vain, and mostly lose public support. It is imperative to mention that the U.S. war on terrorism and Ethiopian troops’ frequent incursions into the country were among the leading causes that paved the way for al-Shabaab’s rise. Ethiopia has been a neighboring rival for many years, and a majority of Somalis will not be able to get behind it against al-Shabaab.

Another equally important factor is the involvement of the U.S. military, which could lead the operation into a quagmire. During the last decade, the U.S. military, under the leadership of the U.S. Africa Command, has been conducting clandestine airstrikes against the group, killing some high-profile al-Shabaab leaders over the years.

However, its operations have sometimes backfired. Reports have emerged that the man who carried out the Mogadishu truck bombing on Oct. 14 was a former soldier in the Somali army whose hometown was raided by U.S.-led forces in August. The raid claimed the lives of scores of civilians and so he may have been motivated by revenge. Other sources indicate the U.S.’s increased military involvement is a recruiting tool for terrorist groups.

In conclusion, Somalis have had a history of struggle against occupying forces both before and after the amalgamation of the country in 1960. It is currently struggling with al-Shabaab, one of Somali’s worst enemies and Africa’s deadliest terrorist entity.

The Mogadishu massacre in mid-October has led massive public uproar that will most probably pave the way for a larger upheaval to depose the group. The government is now embarking on a new military offensive against al-Shabaab. However, any decision to include Ethiopian troops in the onslaught would give more energy and resolve to the group, and most importantly would dismantle the hanging together of public spirit. Ethiopian forces’ role should be minimal, if any. Likewise, direct U.S. military participation should be limited to precision airstrikes on predetermined military targets and other extremist camps. 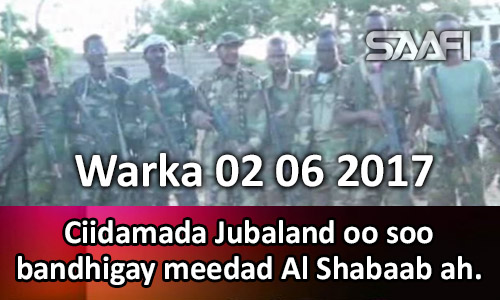 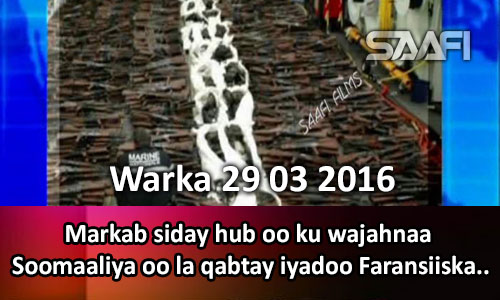 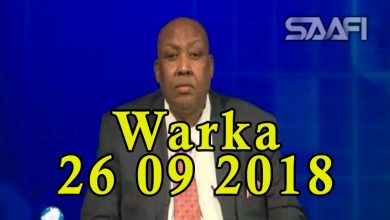 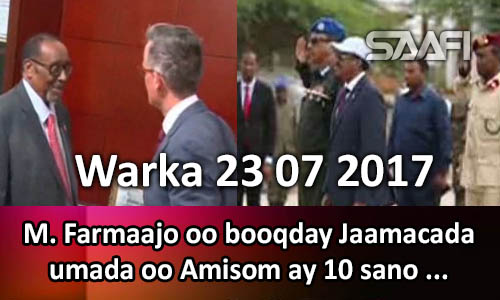 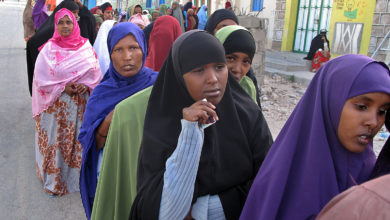 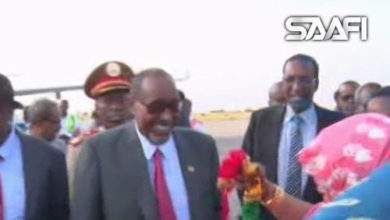