Hafsa had hoped to land a much-needed job distributing meals for the Muslim Eid al-Fitr holiday. One question stood in her way: “Are you, your husband, or any of your relatives Saudi?”

Born in Saudi Arabia to Somali parents, Hafsa had applied for temporary work during the holiday, which marked the end of the Muslim holy month of Ramadan in June.

The job did not have any educational requirements, and the 30-year-old — who has neither a university degree nor Saudi citizenship — was hopeful.

She knocked at the door of an office overseeing logistics for Eid al-Fitr. An eye appeared through a peephole. A voice asked her if she or anyone in her immediate family was a citizen of Saudi Arabia.

The door, she said, did not open.

“Over the past three years, it has become harder and harder to find a job,” said Hafsa, who along with other women interviewed for this story asked AFP not to use her real name.

When her immigrant parents first arrived to Saudi Arabia, “they accepted that the system was the system and we had to follow it,” she said.

“They had no ambitions. They did not question if they had rights. We are different.”

The ultra-conservative kingdom is home to more than nine million foreigners who constitute a third of the country’s population of 31 million, a relatively low percentage compared to other Gulf countries.

Since 2011, authorities have imposed quotas on employers for Saudi citizens, in a bid to curb unemployment in a country where more than half the population is under the age of 25.

Among the nine million foreigners is Nour, who was fretting over a table setting at the restaurant where she had a temp job during the Muslim hajj pilgrimage to the western city of Mecca, which ends on Monday.

Nour’s father came to Saudi Arabia from Ethiopia to study Islamic law and start a family. While she was born in the country, the 24-year-old said she lives in “constant fear of being arrested along with my husband and family” as she has no work permit.

But what she does have is a profession she loves: Nour is an underground beautician.

“It takes me about 20 minutes to do a full face now,” she said, adding that she can only work with clients she knows personally and can trust.

“Which is good, because I can do multiple clients in a day.”

‘Downgrading our own rights’

While it is not technically impossible to obtain citizenship in Gulf countries, the process is long, complex and unlikely to succeed.

Hafsa still struggles to adjust to life in a country she feels is still not her own, decades after her parents arrived from Somalia in search of a better life.

She has settled into her daily routine in Mecca, where she shares a flat with 10 of her family members.

With a mischievous smile, she scrolls through pictures on her cell phone of the trendy outfits and makeup she wears under her niqab: jeans, lipstick, red pumps.

But she does not hide the fact that she is ready to leave.

“Where, I do not care,” she said. “A country that gives me my rights.”

Samia, a 27-year-old Somali, is likewise unemployed, and likewise does not beat around the bush when it comes to her experience trying to secure steady income for her and her young son.

For 20 years, Samia’s mother worked as a school janitor in Saudi Arabia. Her father, who is deceased, was an accountant under the kingdom’s controversial kafala system.

Under kafala, or “sponsorship”, foreign workers’ legal standing is directly tied to their employers who are granted what Human Rights Watch describes as “excessive power over workers that facilitates abuse”.

Rights groups including HRW have long denounced the system, under which an employee cannot find a new job without the current employer’s consent, as modern slavery.

“Saudis would not be able to do the jobs that we do. They are not willing to work,” said Samia.

“In Egypt, for example, my son could go to a better school and I could go back to college. Here, because we do not want to put our families at risk, we end up downgrading our own rights,” added the divorced mother-of-one.

“If I have no future here, why would my son?”

Analysis: Does team Trump have an Africa plan? 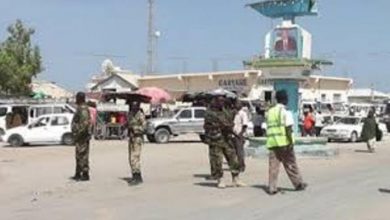 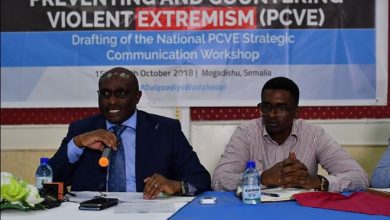 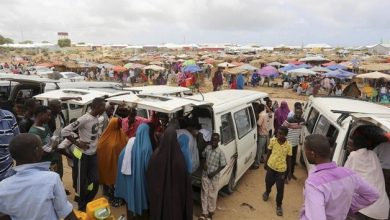